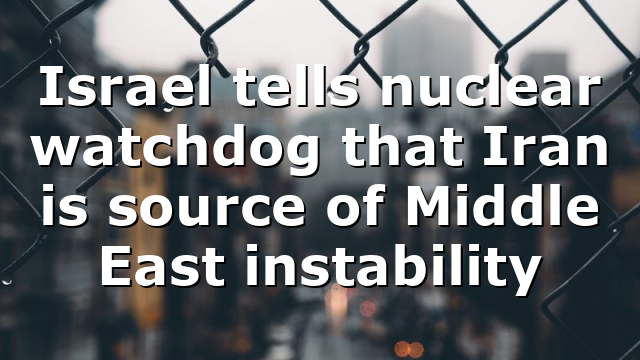 The Times of Israel reports: “Israel’s nuclear chief told the International Atomic Energy Agency conference on Wednesday that Iran is ‘the leading factor’ in instability in the Middle East, and that Israel will not accept Tehran obtaining a nuclear weapon.

‘The ongoing unrest in the Middle East is a threat to peace and security worldwide, and requires the attention of all member states,’ said Brig. Gen. (ret.) Moshe Edri, head of Israel’s Atomic Energy Commission. ‘One country is the leading factor in the instability of the region.’

In his address to the nuclear watchdog’s annual general assembly in Vienna, Edri reminded the body that Iran ‘has continuously failed to provide credible explanations, or clarifications, regarding the nature of these past activities, and continues to deceive the Agency and the international community concerning its clandestine nuclear activities. ‘

The agency is probing traces of uranium found at undeclared nuclear sites in Iran. Tehran has been demanding the IAEA end the probe before agreeing to reenter the deal, but IAEA chief Rafael Grossi said during his speech on Monday that his agency would not stop the investigation…” 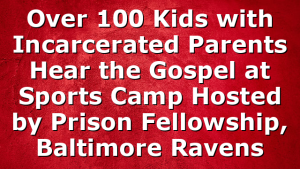 Next post Over 100 Kids with Incarcerated Parents Hear the Gospel at Sports Camp Hosted by Prison Fellowship, Baltimore Ravens