Following the referenda on becoming part of Russia in the Kherson, Donetsk, Luhansk, and Zaporizhzhia regions, President Vladimir Putin will give a speech and participate in a signing ceremony officiating the annexation.

‘Tomorrow at 15:00 in the Grand Kremlin Palace, in the St. George’s Hall, a ceremony will be held to sign agreements on the entry of new territories into the Russian Federation,’  press secretary Dmitry Peskov said according to Russian state media outlet RIA.

Putin will meet with the Russian-installed a heads of the regions at the ceremony, according to TASS. Their on Wednesday had formally asked Putin to incorporate them into Russia, which Russian officials have suggested is a formality.

‘The results are clear. Welcome home, to Russia!’ Dmitry Medvedev, a former president who serves as deputy chairman of Russia’s Security Council, said on Telegram, after the release of the results…” 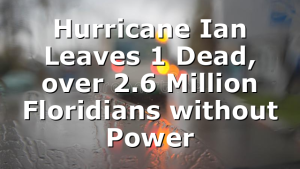