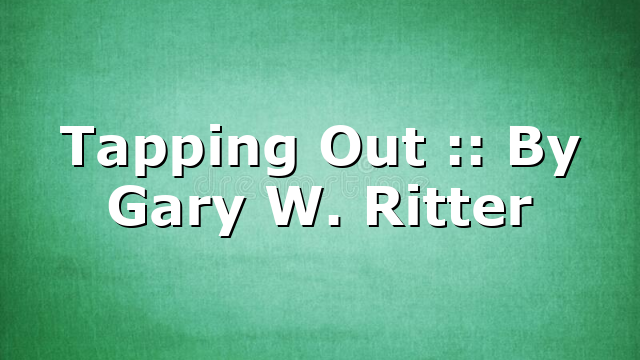 Because of an outdoor project I had determined to undertake – and due to the fact that I’m more of a computer and keyboard guy than a handyman – as many of us do in like situations, I consulted YouTube. In my search for instructional help, I came across a channel by BushRadical, and with his step-by-step guidance, I successfully completed my task. Watching a couple more of his videos, I learned that his wife has a complementary channel called Girl in the Woods.

Both Dave and Brooke Whipple impressed me with their outdoor competence, and much to my surprise, I learned that they had competed in the outdoor survival show called Alone. They had both been on Vancouver Island (Canada) together in Season 4, and then Brooke herself competed in Season 5 in Mongolia. Trust me when I say this, having watched these two seasons of Alone: the survival skills, the ability to endure hardship, and most of all, the fortitude to suffer through slow starvation is impressive.

The show Alone (I watched on Amazon Prime) really intrigued me, and I basically binge-watched the two seasons; something I’ve never done before. However, coming away from that, I learned a lot from seeing the contestants struggle with and against nature.

At least from what they said on video, it appeared to me that none of the participants except the Whipple’s was a Christ-follower. The only ones who have acknowledged Jesus are Brook and Dave in their YouTube videos, but that didn’t really come out in the Alone sequences.

What I saw in the other competitors was a more naturalistic approach, in that they thanked the animals they killed for food and expressed appreciation for the land. No one thanked God. What came through was the need to power through by depending upon themselves alone and not on the grace or mercy of God. Nobody ever asked for God’s help.

The contenders for winning the Alone challenge stayed as long as they possibly could. Last man standing won. At some point along the way, people dropped out from hunger or solitude, or had to leave from injury. In the wild, it’s easy to have something debilitating happen, and that’s it. For some of the people, loneliness or the desire to reunite with family caused them to say, “Enough.” Making it to the very end were those who could deal best with literal starvation, as food sources dried up with the onset of winter. For protein, they would eat literally anything that moved, as long as it wasn’t poisonous. It was pretty brutal and sometimes gross.

Everyone was given a satellite phone by which they could call for help or tell the basecamp production team that they were ready to call it a day in the woods. This process is called “tapping out.” The series always shows when someone is ready to tap out. On video, they explain their rationale and need to come in out of the cold.

When they tap out, they’re ready to go home.

Having said that, you may guess the analogy I’m proposing. For many of us who are prophetically literate and watching for the return of Jesus, we’re getting tired. We’re starving for the presence of our Lord. The sin and depravity of this world that are increasing exponentially are causing the darkness and isolation to close in. Yes, it’s still day, and we need to continue walking in it, but nighttime is near.

I’ve spoken to others who feel like me: we’re ready to go home. We wonder how much longer God will put up with all that’s going on which opposes Him and His loving intentions for mankind.

Most of humanity makes it clear every day that they hate Him and everything He stands for in Christ Jesus.

Because believers who are alert and connecting the dots of all the prophetic signs, knowing the end is near, we have the satellite phones in our trembling hands, more than willing to call it in. We’re ready to officially tap out. We want to have the helicopter of Christ swoop upon us from the clouds and take us up and away from this harsh, unforgiving landscape.

Can we survive one more day? Yes, but we’d rather not. It’s time to reunite with our heavenly family and the One who made it all possible.

Lord, we’re pressing the button. Come get us! We’re tapped out.

Please click here to listen to the reading of this article: https://rumble.com/v1l88i1-biblical-audio-commentary-tapping-out.html

The post Tapping Out :: By Gary W. Ritter appeared first on Rapture Ready. 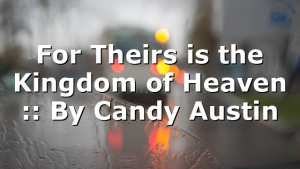 Previous post For Theirs is the Kingdom of Heaven :: By Candy Austin 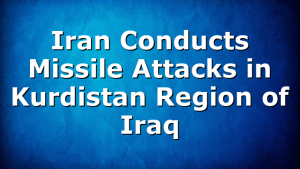