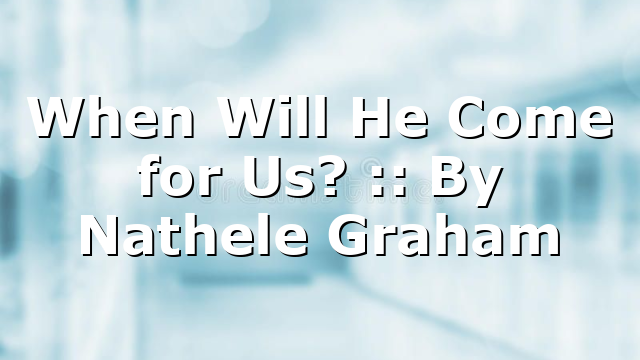 If you are reading this, you are probably as anxious as I am to hear that call to “Come up hither.” The Rapture will be exciting for those of us who love Jesus and yearn to go Home. When will it happen? Even though Scripture gives no specific time for it to happen, most of us have opinions. The only opinion that matters and is correct is God’s.

Maybe someone will guess correctly, but all date-setters are only guessing. Remember, the Rapture will happen at the very least 7 years prior to the Second Coming, and these are two very different events. The Rapture will take Christians safely away prior to the judgments of God and before His wrath begins.

Enoch is an Old Testament “picture” of the Rapture. “And Enoch walked with God: and he was not; for God took him” (Genesis 5:24).

God “took” him prior to the Judgment of the Flood. I hope you are walking with God and will be taken in the Rapture. By that, I don’t mean that I hope you intellectually know God exists but that you have truly been born again and walk with Him.

The Second Coming will happen after Daniel’s final week. Those final seven years will be filled with God’s wrath poured out upon a God-rejecting world. At the end of that seven-year period of time, the Jewish people will finally recognize Jesus as their Messiah.

The Rapture is when Christians meet Jesus in the clouds “For the Lord himself shall descend from heaven with a shout, with the voice of the archangel, and with the trump of God: and the dead in Christ shall rise first: then we which are alive and remain shall be caught up together with them in the clouds, to meet the Lord in the air: and so shall we ever be with the Lord” (1 Thessalonians 4:16-17).

At the Second Coming, we will return to earth with Him. The evil powers on earth during the Tribulation are arrogant enough to think they can fight a war against Christ and win. “These shall make war with the Lamb, and the Lamb shall overcome them: for he is Lord of lords, and King of kings: and they that are with him are called, and chosen, and faithful” (Revelation 17:14).

Many Christians look to Rosh Hashanah as the likely time for the Rapture. I’m not sure why they choose this very Jewish holiday, but possibly it’s because of the fact that the activities surrounding this holiday include the ceremonial sounding of the shofar. Rosh Hashanah was established by God in the book of Leviticus.

“Speak unto the children of Israel, saying, In the seventh month, in the first day of the month, shall ye have a sabbath, a memorial of blowing of trumpets, and holy convocation. Ye shall do no servile work therein: but ye shall offer an offering made by fire unto the LORD” (Leviticus 23:24-25).

Rosh Hashanah is also known as the Jewish New Year. It is a very solemn time for Jewish people, and they seriously look at their life over the past year and strive to draw nearer to God. According to http://www.jewfaq.org/rosh_hashanah:

“On Rosh Hashanah, we renew the crowning of G-d as a sovereign of time and space (melekh ha-olam) and renew our relationship with Him with celebration and blasts of the shofar (a ram’s horn trumpet). This theme is seen in the popular prayer/songs Avinu Malkeinu (Our Father, Our King, a powerful penitential prayer) and Ha-Shem Melekh, Ha-Shem Malakh, Ha-Shem Yimlokh L’Olam Va-Ed (The L-rd is King, The L-rd was King, The L-rd will be King Forever and Ever). Those songs and themes continue in the liturgy through Yom Kippur.

As I read this, it seems to me as if this is much more likely to be fulfilled by the Second Coming rather than the Rapture. Those who believe that the Rapture will occur on Rosh Hashanah are very excited right now because, this year (2022), it will be celebrated very soon, from sunset September 25 to nightfall September 27. Could the Rapture happen then? Absolutely, but it doesn’t have to. The Rapture isn’t a Jewish event, but if God wants it to happen on Rosh Hashanah, then I’m ready.

It is interesting to note that Rosh Hashanah is followed by the Days of Awe, a ten-day period of introspection. Following the Days of Awe is Yom Kippur, which is the Jewish Day of Atonement. The Shabbat, which occurs within the Days of Awe, is known as Shabbat Shuvah (the Sabbath of Return). For more information, see http://www.jewfaq.org/special_sabbaths#Shuvah. I would encourage everyone to study the Jewish feasts and holidays because they are all prophetic of Jesus Christ.

Others think the Rapture will happen on Pentecost. To my thinking, if (and I strongly emphasize “if”) it does happen on a Jewish feast day, this would be more likely than Rosh Hashanah. There are many reasons I see it that way, but since only God knows when it will happen, my reasons aren’t important! The absolute truth is that there is no reason for it to happen on any particular day, so to a well-informed Christian, every day should be one of great anticipation. It could happen today! Or maybe tomorrow.

There are many exciting signs that should create excitement. The Jewish Temple must be in place prior to halfway through the final 7 years. There is much in the news lately that the Temple will be built soon. Since the Rapture will happen prior to the Tribulation, Christians have every reason to be filled with anticipation. A reward will be given to those of us who look forward to His coming.

“Henceforth there is laid up for me a crown of righteousness, which the Lord, the righteous judge, shall give me at that day: and not to me only, but unto all them also that love his appearing” (2 Timothy 4:8).

If you love the Lord, I’m sure you are longing for His call to take us Home. Is there anything we can do to speed it along? Some mistaken Bible teachers believe it’s up to Christians to force God into returning. Oh my, that’s another sign… false doctrine. How arrogant and prideful to think we can force God to do anything. The day is known to God, but we can help to hurry (not force) that day. How? The Apostle Paul tells us that the nation of Israel has been blinded. When Jesus came to earth as a babe in a manger, He came to God’s chosen people… the Nation of Israel. They rejected their Messiah. As a nation, they are blind to who Jesus is. He was their Messiah then, and one day He will return as their Messiah. There are many Jewish People who have individually accepted Jesus as their Messiah, and that’s a blessing.

How long will the blindness of the nation last? “For I would not, brethren, that ye should be ignorant of this mystery, lest ye should be wise in your own conceits; that blindness in part is happened to Israel, until the fulness of the Gentiles be come in” (Romans 11:25).

Paul is such a good example of how to spread the Gospel: boldly, honestly, and straightforwardly with no gimmicks. Paul knew there is a crown for soul-winning. “Therefore, my brethren dearly beloved and longed for, my joy and crown, so stand fast in the Lord, my dearly beloved” (Philippians 4:1).

It was Paul who established the congregation in Philippi and brought many Gentiles in many cities to salvation through Christ. He was a true soul-winner. We can all spread the Gospel to lost sinners, no matter what their ethnic background is, by boldly speaking His truth and by living to honor God.

We may not know the day or the hour that Christ will call us Home, but we can be aware of the signs and the seasons. Everything is falling into place and pointing to the events of Daniel’s 70th week being on the very near horizon. Before the judgments begin, Christians will be called Home.

Chapters 2 and 3 of Revelation are seven letters from Jesus which describe the history of Christianity in advance. When the final letter is fulfilled, the Rapture will happen. “After this I looked, and, behold a door was opened in heaven: and the first voice which I heard was as it were of a trumpet talking with me; which said, Come up hither, and I will shew thee things which must be hereafter” Revelation 4:1.

The words “after this” and also “hereafter” come from the Greek words “meta tauta,” which means first something happens (the church age), then something else happens (the Rapture and then God’s judgment on the earth).

We are living in the final time before the Tribulation. False teachers fill pulpits; Jesus isn’t welcome to enter into the congregation but is on the outside, knocking to be allowed in. Many Christians are outraged that prayer and Bible reading are banned from public schools, but they sit silently in their pews as the preacher tells jokes, quotes atheists, and has more knowledge of sports teams than of Scripture. Jesus isn’t allowed into many congregations today, and we are the generation that will hear Jesus call us to “Come up hither,” no matter what day that might be.

When will He come for us? I have no idea, but I am absolutely sure it will happen. I yearn for His appearing. How about you?

God bless you all,

All original scripture is “theopneustos,” God-breathed.

The post When Will He Come for Us? :: By Nathele Graham appeared first on Rapture Ready. 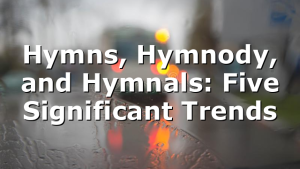 http://youtu.be/0TvQOpQEdQ4 Join Sid Roth and Dr. John Miller as they discuss the ancient formula that cures cancer as well as...

Actor Matthew Perry, famously known for his role as Chandler Bing in the hit NBC sitcom “Friends,” recounted the first time he prayed to God and said that anything could be done to him so long as he became famous.