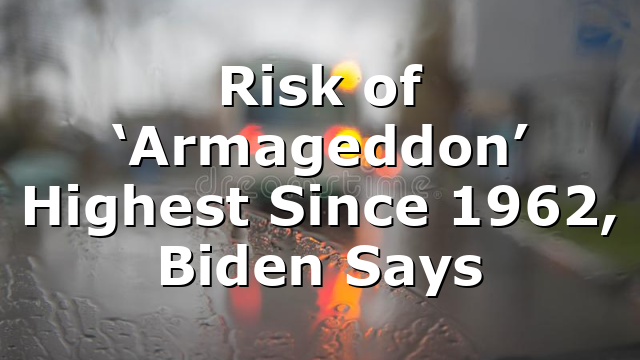 Voice of America News reports: “The risk of Armageddon is the highest it has been since the early 1960s, President Joe Biden said Thursday night as Russian losses in Ukraine prompt Russian officials to discuss the possible use of tactical nuclear weapons.

‘We have not faced the prospect of Armageddon since Kennedy and the Cuban Missile Crisis,’ Biden said at a fundraiser in New York for the Democratic Senatorial Campaign Committee. In October 1962 the U.S. and the Soviet Union were seemingly on the verge of a nuclear conflict after the U.S. deployment of ballistic missiles in Turkey and Italy were countered by the Soviet deployment of similar missiles in Cuba.

The president said the Russia President Vladimir Putin, ‘a guy I know fairly well,’ is not joking when he talks of using ‘nuclear or biological or chemical weapons.’

‘I don’t there is any such a thing as the ability to easily use a tactical nuclear weapon and not end up with Armageddon,’ Biden said…”

The post Risk of ‘Armageddon’ Highest Since 1962, Biden Says appeared first on JVIM. 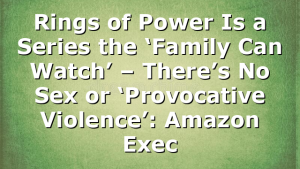 Previous post Rings of Power Is a Series the ‘Family Can Watch’ – There’s No Sex or ‘Provocative Violence’: Amazon Exec