Thomas J. Valtierra used to harbor many unsavory traits: an abusive husband, an alcoholic, a man filled with prejudice. But after experiencing miraculous spiritual healing and surrendering his life to God, he entered a new season of life that ultimately led to more than 40 years serving in ministry as a pastor, church planter, and evangelist with the Assemblies of God.

Thomas heard the gospel for the first time thanks to a pending divorce with his late wife, Cindy. The couple had separated, and the only time that worked for his visitation with his daughters coincided with when Cindy hosted a Bible study. As Thomas spent time with his girls, he overheard followers of Jesus who gathered in the next room.

“I watched these Christian people and heard their stories — I had never known any Christians, and they were so happy,” says Valtierra, now 68. “I knew they had something I didn’t.”

The small group started to pray for Tom, and several months later, Cindy shared about Jesus with him in a letter. Tom knelt down and asked the Lord to be in charge of his life.

“Instantly, I felt clean and whole,” he recalls. “All the bad things in my life — the drinking, the drugs, all the hate and prejudice, flowed out of me. Before becoming a Christian, I had been abusive to my wife, but God healed me, and He reconciled us.”

After completing a master’s in divinity, Thomas became the first Native American credentialed AG minister in Minnesota. He went on to plant three churches: House of Prayer for All Nations in Wisconsin, Church of Acts in Minnesota, and United Nations Assemblies of God in Washington. Thomas also pastored the Indian Fellowship Assembly of God Church in Minneapolis. Thomas played a key role in starting two Bible training centers, one in Seattle and one in Minneapolis.

Despite his accomplishments, Valtierra is most gratified that two of his sons are now AG pastors themselves.

“I’m the firstborn son, so even though I have three older sisters, that role comes with responsibility, almost like a spiritual passing of the torch,” says Jacob J. Valtierra, 42.

Like his dad, Jacob’s journey to faith had a long rock rocky stretch. For a dozen years until the age of 26, Jacob struggled with addiction, gang involvement, and ultimately incarceration as a felon. After his release, he couldn’t secure employment, but his dad invited him to be a janitor at the church he pastored.

Later, Thomas gave Jacob opportunities to preach and minister, and as Jacob worked to mimic his dad, his own calling became apparent. Jacob graduated from North Central University in 2011 with a bachelor’s degree in youth ministry and in 2017 completed a master’s in strategic leadership, also through NCU.

“My dad’s passion is church planting and discipleship, and I took that to my own level of desiring to reach Native communities,” says Jacob, who is pastor of The Gathering Place outside Milwaukee. The church recently honored Thomas for his 40 years in ministry.

Jacob says only five of 17 Native communities in the Northern Michigan/Wisconsin Ministries Network have healthy, Spirit-filled churches. Like his dad, Jacob dreams of a training center for ministers to enter Native communities with the story of hope.

In addition to his three daughters — Michelle, Katie, and Christina — Thomas has four sons, including Shun, who came to the U.S. as a Vietnam refugee in 1972. Shun died in 2020, but the other sons are involved in ministry. T.J. Valtierra, 34, is an evangelist and minister to Native Americans in Minneapolis. Daniel is incarcerated, but became a Christian while in prison. Now, he ministers to other inmates and even baptized new believers.

After Cindy’s death, Thomas remarried. He and his wife, Dorothy, live in Thunder Bay, Ontario, Canada. Thomas is a spiritual growth facilitator with Northwind Family Ministries. 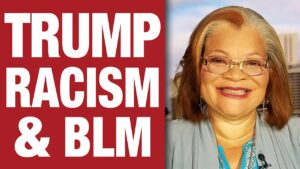