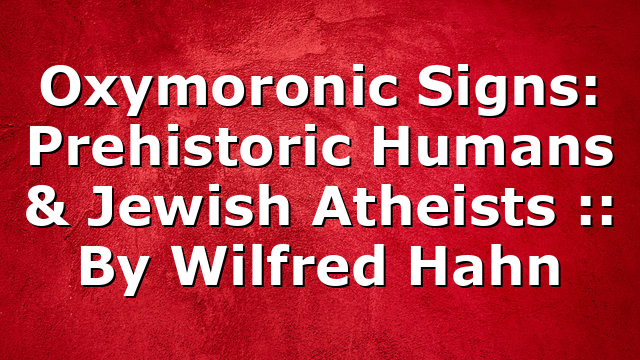 One of the more widely used terms that this writer often encounters is “hunter-gatherers.” It is a name that applies to the sociologic evolution of mankind. A long way back—even millions of years ago apparently—homo sapiens lived like animals. Originally, they did not plant gardens or store food. Rather, in their loincloths, they ate what […]