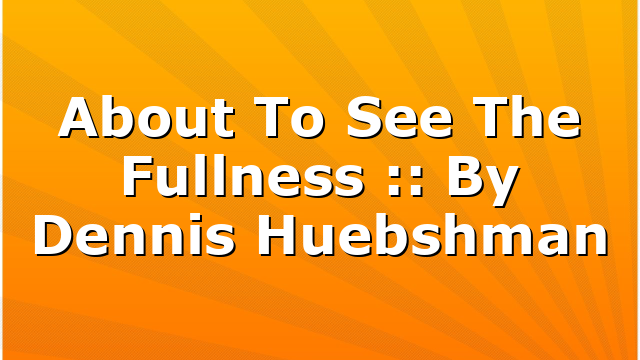 Romans 11:11 and 25-27; “So I ask, did they stumble in order that they might fall? By no means! Rather, through their trespass, Salvation has come to the Gentiles, so as to make Israel jealous…. Lest you be wise in your own sight, I did not want you to be unaware of this mystery, brothers; a partial hardening has come upon Israel until the fullness of the Gentiles has come in. And in this way, all Israel will be saved, as it is written, ‘The Deliverer will come from Zion; He will banish ungodliness from Jacob; and this will be my covenant with them when I take away their sins.'” (ESV – all emphasis mine)

For any so-called evangelical group to say God has turned away from Israel and “replaced” them with the Christian church, there is a great misunderstanding of the nature of our Heavenly Father.

Genesis 12:1-3; “Now the Lord said to Abram, Go from your country and your kindred, and your father’s house to the land that I will show you. And I will make of you a great nation; and I will bless you and make your name great, so that you will be a blessing. I will bless those who bless you; and him who dishonors you, I will curse, and in you, all the families of the earth shall be blessed.”

Whenever we see “I will” when God is talking in the Scriptures, it is a promise from Him that He will never break. Our Father cannot lie (Titus 1:2), nor would He have reason to. After all, we’re His creation. He could dominate us completely and force us all into servitude, but that is not His nature. Ours is truly a loving God, and He has a love for us that we can barely comprehend. John 3:16 tells us this.

And for those who say all those promises were thousands of years ago and no longer apply to our “modern” world, let’s look at 2 Peter 3:8-9; “But do not overlook this one fact, beloved, that with the Lord one day is as a thousand years, and a thousand years as one day. The Lord is not slow to fulfill His promise, as some count slowness, but is patient toward you, not wishing that any should perish, but that all should reach repentance.” Please understand that God is not bound by a clock as we are, and He created time for us, as given in Genesis 1.

Does all this mean that the Father believes everyone will be saved? As Paul would say, By No Means! Matthew 7:13-14 is where Jesus tells us about the two distinct gates – one large and one small. The larger gate is on the broad path leading to destruction, and many will be going through that gate to eternal punishment. The smaller gate is the path to eternal life with Jesus in Heaven, and there will be few on it. We are seeing a turning away from anything to do with Jesus and Christianity worldwide today.

Besides the fact that the Rapture will take place to honor God’s promise to keep all true believers from the coming wrath (1 Thessalonians 1:10; 1 Thessalonians 5:9-10 and Revelation 3:10), it will mark the beginning of the discipline of His chosen people who have not accepted Jesus as their Messiah.

Of the total Jewish population worldwide (about 15.2 million by 2022 census), only about 1% to 2% are Messianic as they have received and accepted Jesus as their Savior. These will not be here for the Tribulation but will go up with all other believers to meet Jesus in the air at the sound of the Trumpet of God and the cry from the archangel. After that, God will return His attention to His children, Israel. Sadly, according to the prophet Zechariah, about 2/3 of those who are left behind will perish.

Please understand that religion does not save us. What saves us is our faith and belief that Jesus is truly our Savior — that He did come to this earth to provide the only means by which we can be saved, that as a “human,” He died on that cruel cross, and His body was raised to life by the Father three days later. All who call on Him will be saved (Romans 10:9-13).

It should be noted that the “Spirit” of Jesus was with the Father immediately upon His human death. In Luke 23:43, Jesus told the repentant criminal that was crucified at the same time as Him that he would be with Jesus that day in Paradise. Paul said in 2 Corinthians 5:8 that he would rather depart and be with Jesus, meaning he understood that at his last breath, he would be in the presence of the Lord.

Calling on the Lord is an individual issue, which each individual person must do for themselves. No preacher, parent, Rabbi, priest, or whatever can save anyone. In fact, just look at who the Savior had the most trouble with. It was the majority of the religious leaders of His time here. Only a few accepted Him for who He really was.

Ephesians 2:8-9 makes it very clear that we cannot be saved through our own works. We are saved by the Grace of the Savior through Faith, which is a gift from the Father. No special ceremonies, no monetary contributions, no special deeds every day will earn even one second in Glory. Anything we do is to bring honor to the Lord, and we acknowledge all praise and glory belongs to Him.

As for the “fullness,” all the signs given to us by Jesus, Paul, Peter, John, and others are here at the same time. They have all taken place to a degree in the past but not to the level and extent of today. What will be the actual event that the Father has preordained to be the “switch” to activate the Rapture has not been shared with us. It could be a certain number of souls calling on Jesus to be saved, a special event that will take place in the world, or even a specific individual becoming saved. We just don’t know.

However, Jesus gave us an indication of it being close with His statement in Luke 21:28. He said that when the events that He and the prophets spoke of “begin” to take place, His coming is near. What’s sometimes hard to remember is God’s timing is not ours. It can safely be said that this world has taken a turn for the worse, and the beginning the Savior spoke of started about a decade ago.

Paul said the Rapture will take place in “the twinkling of an eye.” Just know that this is less than one second and could happen at any time now.

Please know that the Father will turn no one away who truly calls out to Jesus to be saved. No one has sinned so greatly that the blood of Jesus cannot cover them. The unforgivable sin is to take your last breath on this earth without having Jesus in your heart.

Also, the Father will not force anyone with their decision. It is a free-will choice that each person must make for themselves. For those who choose this world, and ultimately choose Satan, Revelation 20:11-15 gives their destiny. Hell is forever, and there is no pardon there.

Today would not be too early as the “fullness” could take place at any time. Call on the Savior to forgive you and to come into your heart as your eternal Lord of Lord and King of Kings. You will be forever grateful that you did!

The post About To See The Fullness :: By Dennis Huebshman appeared first on Rapture Ready. 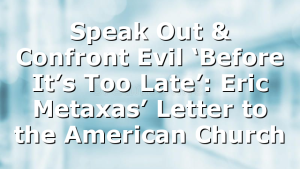 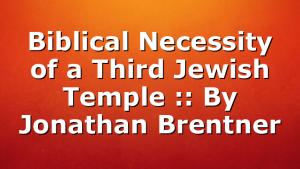 Next post Biblical Necessity of a Third Jewish Temple :: By Jonathan Brentner