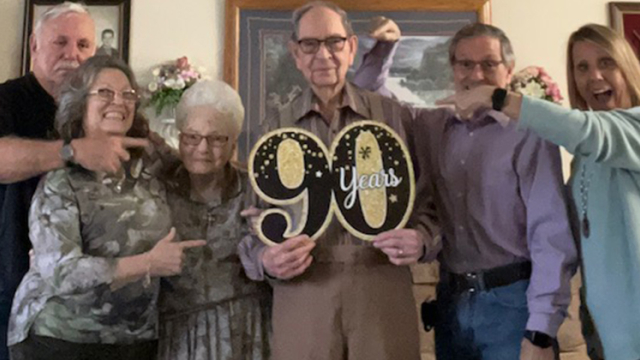 As a generation of church goers ages, it’s not uncommon for the phrase, “It’s time for me to step down from serving and let the next generation step up” to become a growing choir of voices.

But for Glen Ketchum, lead pastor at Calvary Assembly of God in Henderson, Texas, the “next generation” — and then some — has arrived several times, but instead of stepping back, Glen has continued to step forward into the calling God has placed on his life.

Glen, who celebrated his 90th birthday in March, explains that he remains in ministry and sharing God’s Word from the pulpit to this day for the simple reason that God called him to be a minister and He hasn’t released him from that calling yet.

“I felt the call to preach,” he says. “And I determined to continue as long as I could for the Lord . . . I just believe that when you’re called to preach, you don’t resign from the ministry; you may not pastor a church, but you carry on and speak for the Lord as long as you can.”

Prior to being called into the ministry, Glen had been working in a Piggly Wiggly grocery store in Spring Hill, Louisiana, followed by several years at an A&P grocery store.

“A&P transferred me to Shreveport, Louisiana, and that’s where I felt the call of God to preach,” Glen says. “I took study courses, learning along the way, and God has honored me to be able to carry on.” While still working in Shreveport, Glen accepted his first pastorate at a church in Logan, Texas.

Glen’s ministry history resembles that of many pastors, though his longevity in the pulpit is rare. Credentialed in 1964 when he was 32, he and his wife of 69 years, Opal, have served at five different churches throughout the years. He has also served as a presbyter for several years (1972 to 1976).

“I was ordained in 1970, though I had been ministering for some time by then,” he says. “Not long ago, the North Texas district recognized me for 50 years of service.”

“He has been a faithful and loving pastor to his congregations over the years and is held in high esteem among his peers,” says North Texas District Superintendent Gaylan Claunch about Glen. “He has a rich legacy of ministry in the North Texas district.”

Glen’s son, Glen Alan (but goes by “Alan” to avoid confusion), a minister himself, resigned his church in order to be available for his parents, especially as his mother had suffered a recent hip injury. He’s been assisting at the church where needed since January.

“He’s just a humble man — it’s never been about himself, it’s always about others,” says Alan about his father, his admiration obvious. “He also has a passion for giving. Wherever they have lived, they will cook food and bring it to people in the area — he still does, baking pecan pies and making banana pudding and taking it to people.”

That giving spirit is also a part of Calvary Assembly. Although the church has an older congregation, they faithfully give to Speed the Light, Light for the Lost, Women’s Ministries, and BGMC.

Of course, one might think at 90, Glen’s sermons are tame and passive, but Alan sets the record straight: “We have good services — the Holy Spirit moves,” he says. “And for 90 years old, he’s still a fired-up guy. It’s amazing, he doesn’t look 90 and he doesn’t act 90.”

“He certainly is one of a rare breed,” agrees Claunch. “He has such a heart as a pastor and God has given him the strength and ability to endure after all these years to continue filling the pulpit — he just loves God, loves people, and still has the passion to preach the Word and see lives changed.”

And when it comes to Opal, who is a year younger than her spry spouse, Alan points out that his father adores her, and she has been a dedicated wife and ministry partner throughout the decades. However, she has faced some difficult challenges in recent years, breaking both hips as well as having a knee replacement and some bones broken in her back, so now things take a little longer than they have in the past.

Alan says that even with the physical setbacks, his father and mother don’t confine themselves to ministering in the church. Over the years, they have made a local Dairy Queen a bit of a ministry center.

“They eat at the Dairy Queen most of the time,” Alan says. “In fact, they eat there so much that the local television station did a piece on them because of that. They know everybody that comes in there . . . my father often serves people who come in, offering to refresh their drinks or whatever they may need.”

Glen and Opal also take time to pray with people and talk to people about the Lord as opportunities arise while they’re enjoying their meals.

“Everyone knows them,” Alan says. “And as soon as my parents walk in the door, the staff knows what they’re going to order — and,” Alan adds with a chuckle, “they always finish their meals with a cappuccino Blizzard™ or a small ice cream cone.”

Alan says that he has tried to get his dad to retire in the past, but his father told him he couldn’t do it.

“He told me that God called him to preach, so he’s going to preach and probably die preaching,” Alan says. “Both of them are so dedicated to the ministry — you don’t find that much anymore. But he loves people, loves giving to people, and loves preaching the gospel.” 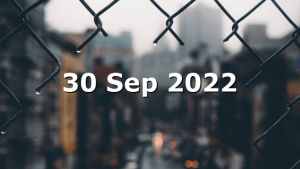