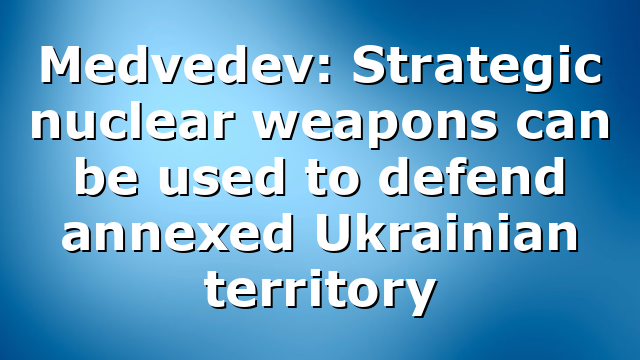 The Jerusalem Post reports: “Former Russian President Dmitry Medvedev said on Thursday that any weapons in Moscow’s arsenal, including strategic nuclear weapons, could be used to defend territories annexed to Russia from Ukraine. Medvedev, who […]